Born and raised in Southern California to a Hispanic mother who was born in a small pueblo deep in the mountains of El Tigre, Sonora Mexico, that doesn't even exist anymore, and an Irish/Native American Indian father from Baltimore, Maryland. Charles, who is bi-lingual in Spanish, has had the fortunate ability to live in other countries and different parts of the U.S. such as  Mexico, Ireland, Sweden, Miami, Baltimore and 16 years in Nashville.  At 18, he passed the California Real Estate exam on the first try and began his career in that field. At 20 years old, he left a very lucrative career as a real estate agent and loan officer living in Los Angeles, as well as his established DJ business, to move to Nashville to pursue his lifelong ambition of becoming a country music recording artist.

One year after moving to Nashville, he was asked to go to Ireland and teach country music line dancing.  After 1 year of touring all of Ireland, Sweden and Norway, co-hosting a TV show, and teaching literally several million people how to "country line dance", he decided to leave Europe and head back to Nashville to pursue music. Only 6 months later, he was offered an 8 album record deal with major label Rising Tide/ Universal records as their "flagship" artist..
Charles, who was then known by J.C. Jones, recorded an album called “One Night”. The producers on the album were Emory Gordy Jr., who produced George Jones, Alabama, Patty Loveless, Delbert McClinton and even played bass for Elvis Presley as well as Barry Beckett, who also helped define what is now known infamously as the “Muscle Shoals Sound”. Barry produced Bob Dylan, Bob Seger, Etta James, Rod Stewart, Hank Willimas Jr., Cher, Dolly Parton and Kenny Chesney. Steve Fishell was also a co-producer and has produced and worked with Pam Tillis and Emmylou Harris, just to name a few artists. “I was very blessed to have some amazing people and the musicians were all the A-list players who played on everyone’s albums from Garth to Alan Jackson, to George Strait at the time.

After recording the music video to “One Night” which aired on CMT on December of 1997, playing Caesars Palace, being on the December 1997 cover of Music Row magazine, and being mentioned as a “Country Star of Tomorrow” by several major media magazines in 1998, his recording career with the label came crashing down in one phone call when in March of 1998, a multi-Billion dollar merger between Universal and Polygram resulted in several labels closing their doors. "I am very grateful to the label for that opportunity but it wasn't meant to be at that time. Plus, I wanted to be the 'Julio Iglesias of country music' and the label wanted me to be a bigger version of Tim McGraw."

The next 20 years of his life would be an extreme journey of highs and lows and self-discovery that he describes in detail in his series of Spiritual and metaphysical books he authored called TruthAvenger: Enlightening the Dumb mAsses From Ignorance, Illusions & Lies. Charles declares, "I realize that all my crazy extreme life experiences, both the good and bad, were all part of my ‘evolution’ into my Higher-Self. I have no regrets, everything that I experienced was necessary in my life's and Soul's journey".
In the Summer of 2020, while finishing the final edit of his 1st book to be published, Charles decided to make a video of the song he previously recorded What Color Am I, and release it via YouTube with a powerful "metaphysical message" after it. Not long after the video was released, it caught the attention of a Nashville record executive who contacted Charles about his music, but not in the way that Charles was expecting. "So this head of A & R, tells me that they loved the song but they were more interested in some of the Latin-Country style music that they heard from some YouTube videos I had shared from music I recorded in the past. He says to me that although it may or may not get played on country radio, it could be a huge niche that could cross International borders. He stated that Allison Krauss was a great example where country radio pretty much ignored her in the early stages of her career, but eventually she won 27 Grammys and she was a $30 Million a year niche and that Latin-Country music could do the same."

Charles decided to go heavy into the studio and record the music he always wanted to record which he calls "Country Fiesta", and release his music as Charles J. & The Conquistadors. "I am combining a fusion of traditional country music and Latin musical styles that include bachatas, boleros, danzons, and rancheras.This is a unique brand new exciting flavor of music that is truly new and authentic. All the research shows that for the last 10 years, the fastest growing audience in country music is the Hispanic market, yet they do not cater to that audience. Why not? Country radio needs to understand that most "Latinos", love or already listen to country music. I am not here to play the country music game, but to recreate it. Traditional hardcore country music was like a big fat sizzling steak. It was juicy, delicious, it filled you up and it went straight to the heart. You don't really hear that style much anymore these days with some of the newer artists.  My goal with Country Fiesta is to bring back some of the 'steak' elements that used to be the signature of traditional country music, only this time, served on a sizzling hot fajita platter."

In the Fall of  2021, Charles released a few songs via YouTube and streaming platforms to begin establishing an online "digital footprint". Also in 2021, Charles and his fellow "Conquistador" and co-producer Angel Duran, produced and teamed up with the legendary Bellamy Brothers (Over 40M albums sold, 21 #1 hits, and over 200M streams) to collaborate on a Latin-Country version of  "Like She's Not Yours" which was released to radio in the Spring of 2022.  Simultaneously, Charles is the host/producer of the recently launched nationally syndicated Latin-Country music radio show, Country Fiesta.
Charles, who now calls Southern California home again, looks to travel the world performing this new music all while also promoting and writing more books. Charles has already recorded and will soon be releasing other Latin-Country music songs and duets with well-known country, Latin, and pop artists. "Whether it's through my music or through my books, I am one who now understands the power of the Universe and through either channel, I so want to influence others to their own power". 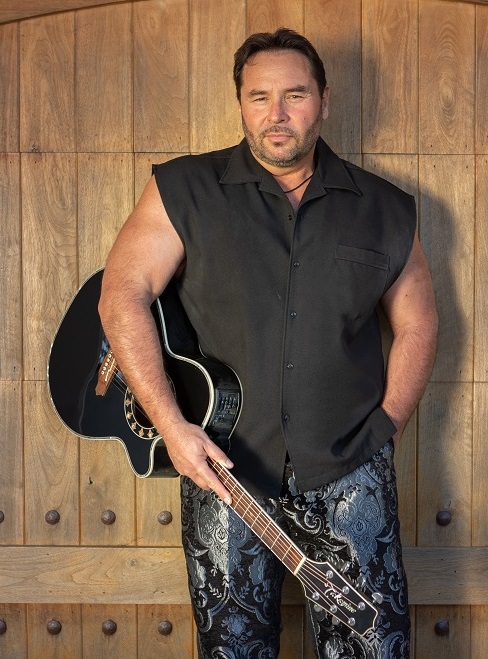